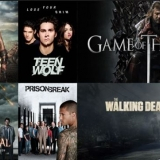 There's No Walking Away From This One - Season 1 - Shots Fired

The group relocated to Malibu, where MIKE MILLER (Jason Sudeikis), Tandy’s astronaut brother, finally found them, after spending years alone in outer space. In the season finale, Mike was sequestered from the group when he showed signs of having the virus, and Malibu appeared to be under siege as unknown, seemingly hostile survivors approached the beach. Season Three will pick up where the finale left off, with the group’s safety in jeopardy as armed intruders in hazmat suits approach the house.

There's No Walking Away From This One - Season 1 - Shots Fired

Court Is Now In Session - Season 1 - You The Jury

I Invented That! - Season 1 - Making History